June 05, 2013
I used the Vodafone K3770-Z 3G USB Modem with TP-LINK MR3020 pocket WiFi Router and it worked fine!
Until it didn't.
The red light kept flashing, the white light never came on. The device never associated with the network. AT commands to dial out returned "No Carrier". 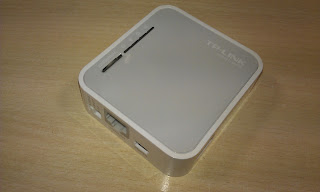 I left the router (and the 3G stick) on for 24 hrs for over a week. There were a few power cuts, and so the stick was on only 90% of the time. The 3G modem as we already know gets hot when in constant use and that heat probably caused the RF components to wear out fast. The RF frontend tuner probably drifted out of range or got damaged, although there were no signs of burns when I opened the thing up. Here are a few photos of its innards. 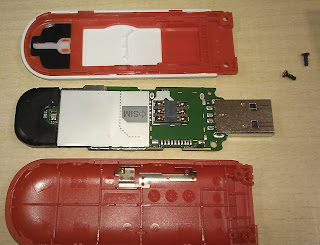