May 01, 2017
If you have an Ubuntu box, you can use a script to to set your wallpaper's to Elon's Latest Tweet.

Here is how you setup:
You can set this script up on a Raspberry Pi running Raspbian connected to your TV as well. Its always nice to have some inspiration trickling in while you work. 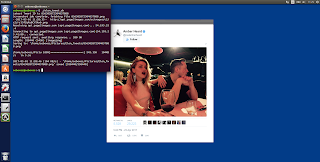 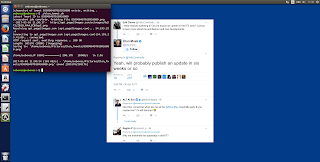 Here's how to go about putting the pieces together:
The script will run once every minute and will check if there is any new tweet from Elon since last check. If there is, it will submit the URL for screenshot generation and exit. When the script is run again at the next consecutive minute, it will fetch the image, crop it and set it up as wallpaper. If Elon has put up a new tweet, the URL of this new tweet is submitted for screenshot and the script exits. In such situation, you will miss out the 2nd tweet if the time difference between 1st and 3rd tweet is less than 2 minutes - this can be fixed in the script, but it seemed to be a bit much. Thank God Elon doesn't go crazy on twitter. All the tweets are saved in the Pictures folder.