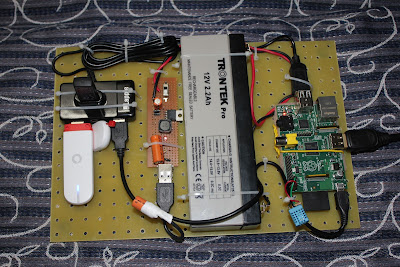 Here are is how I got that done:
NOTE:  Execute all commands on Raspberry Pi unless otherwise specified. I referred to the following two Adafruit tutorials while doing this: DHT Humidity Sensing on Raspberry Pi with GDocs Logging and end Raspberry Pi Data to COSM